I don’t get excited about new drops. I just don’t. I’ve always been pretty patient about getting the yoyos I…

Tregleri seems to skirt the line between a fidget toy and and a Skill Toy. It wears like a necklace…

The Ringdama was invented by professional juggler, Daniel Holzman. With its unique cup design, tethered wooden ball (like a kendama)…

World Spintop Contest: August 10th to 12th, and the 18th Reykjavik, Iceland (in conjunction with the World Yo-Yo Contest). It consists of a freestyle to music of 3 minutes where the players add points for difficulty, originality and number of tricks. The International Top Spinners Association, ITSA (www.spintops.org), a non-profit corporation, certifies the results. Here…

YOYOZEEKIO FLARE ULTRA: A REVIEW BY WAYLON CRASE   *I am a member of the YoyoZeekio team. This does not mean I will automatically love every yoyo the company brings to market just because I get one for free.  If anything, I am more critical of the product because as a team member I am… Matt Hiebert is the designer of Monkey Knuckls, a skill toy licenced to Yomega in 2013.  He has been developing toys for over a decade, and started Aroundsquare in 2007. His first successful design was a set of unusual wooden building blocks called TwigI.  In addition to his passion for begleri, he is working… 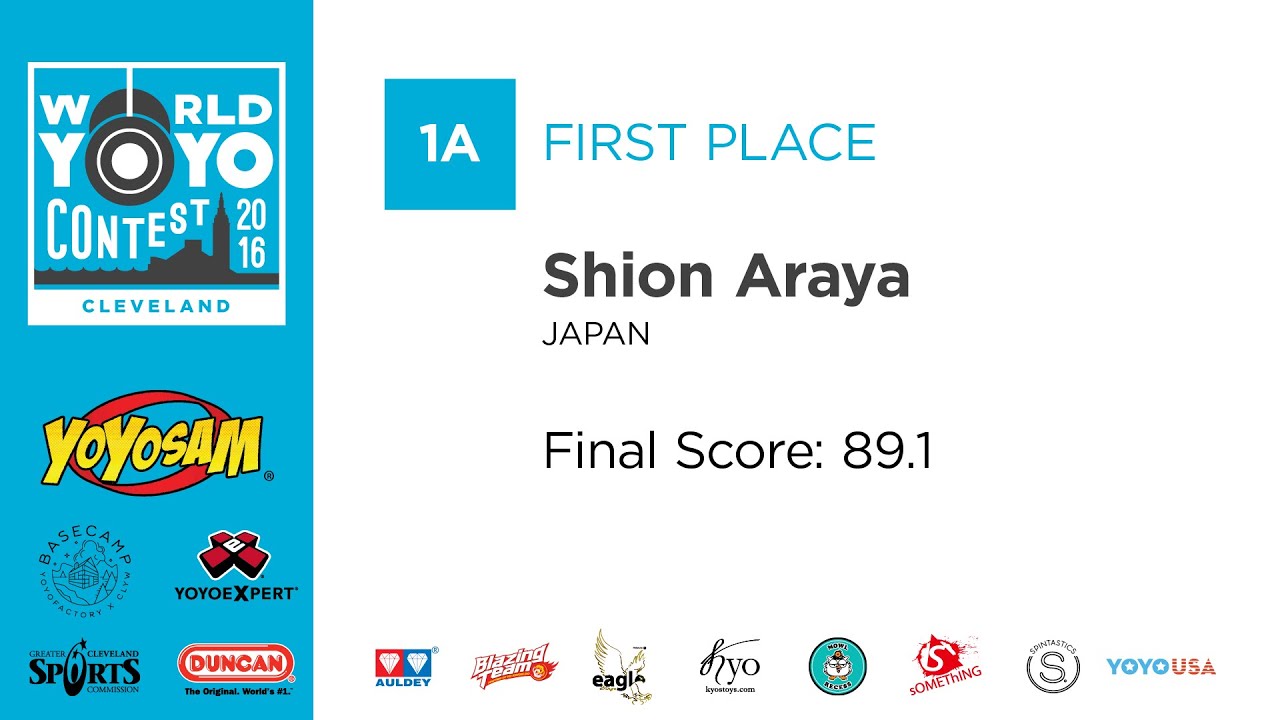 2016 WYYC: Highlights YoYoSam was the crystal sponsor of this year’s 2016 World YoYo Contest. YoYoSam is located in Fairview PA, just about an hour and 20 min from downtown Cleveland. When I first heard that the WYYC was going to be in Cleveland, I was both exited because it was so close to YoYoSam… I recently saw Throw, an award winning short film made by Early Light Media.  It’s shot in Baltimore and documents one of the more popular and colorful characters on the Yo-Yo scene, Coffin Nachtmahr . Throw is a documentary about Coffin, but it’s really about so much more. They present the city of Baltimore in a…

I’m thrilled to announce that the first ever, International YoYoSlam, will be on August 3rd at 1:00pm in Cleveland, OH.  The first day of the World Yo-Yo Competition.  Just to be clear, this is not part of the World Yo-yo Competition, it is an entirely separate event that is being held on the first… YoYoSkills was started by Chris Allen, aka Dr. YoYo and has been a staple in the yo-yo community on and off for the past 6 years.  We are changing the name of Yoyoskills.com to Skill Toy Network.  We think this is a notable event and a good time to reflect on YoYoSkills and the years…

The Little Evil 2 – Review Yoyo Zeekio is at it again with another amazing throw.  After the success and feedback of the first release, YYZ has decided to revisit their collaborative design with HSpin just to bring to you the Little Evil 2.  A very undersized yo-yo (A little bigger than a quarter) that… 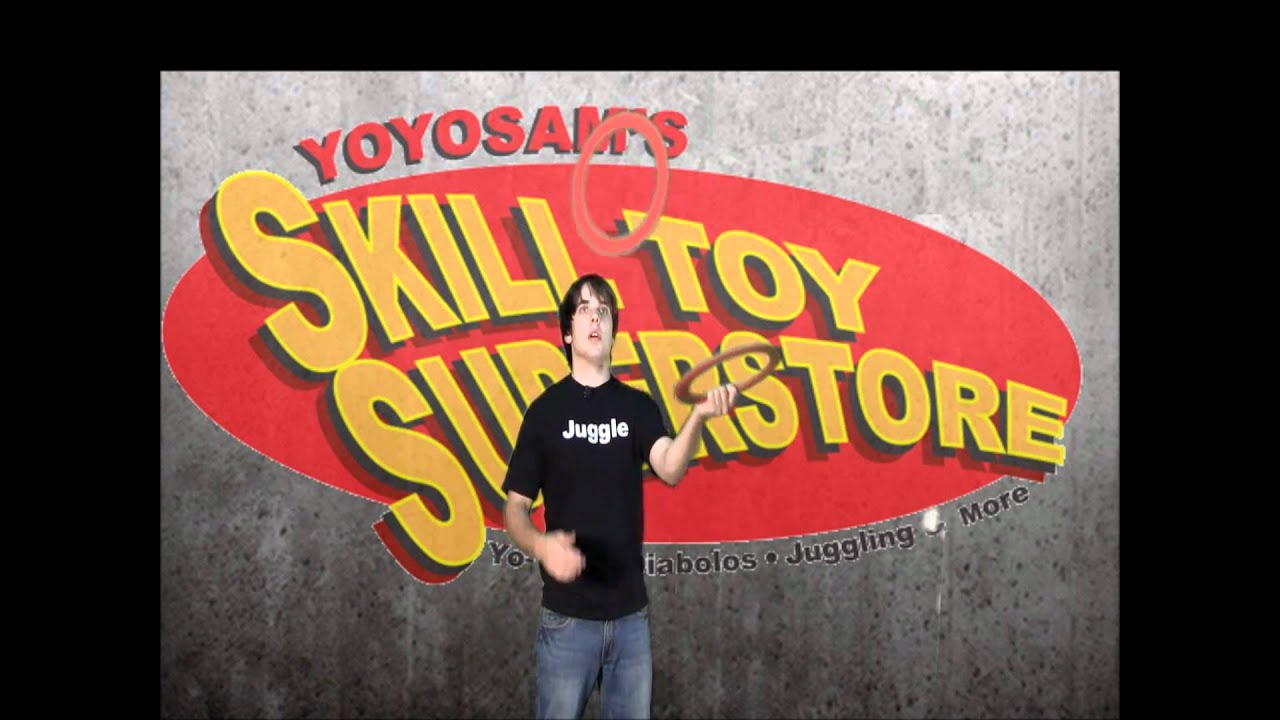 YoYoSam presents Josh Horton, one of the premiere jugglers in the world, as he takes you step by step in this easy-to-follow video, teaching you to master this fun and impressive juggling skill. As a skill toy wholesaler and retailer, I’ve been involved in kendama for years.  About 15 years ago my cousin, who had been living in Japan, came back for a visit.  He brought me a gift.  Knowing I was a yo-yo and skill toy enthusiast, he brought me this odd wooden toy that I had no idea how to use.  It was a kendama.  I played with it a little, got nowhere, and relegated it to my skill toy drawer along with my auto return yo-yo and juggling bean bags in the shape of cows.

A few years later, I was at a Juggling convention in Rochester when someone came up to me and showed me a kendama.  I regret I don’t recall who it was, but his enthusiasm was contagious.  He was nuts for kendama.  He was blown away by the fact that I knew what it was and even had one (although I hadn’t touched it in years).  When I got home I dug out the old kendama and started playing with it with a newfound interest.  It was fun.  It was challenging yet doable.  It had endless possibilities.  By this time youtube was a common place to check stuff out, so I thought I’d look into kendama.  Sure enough, I found a few videos by Matt “Sweets” Jorgenson, the man I consider to be the father of the American Kendama Craze.   After checking out some of the stuff he was doing with kendama, I was hooked.  A few months later while on vacation in the Bahamas, I decided to launch a kendama company.  Hence the origin of Bahama Kendama.

Kendama popularity started to grow in 2012, 2013 were great years for kendama.  We sold tons of kendama, both wholesale to stores as well as direct online.  We came out with new design styles, hydro printing, glow in the dark, hand painted, and the list goes on.  We started making all different sizes, small, medium and large, and then extra small and extra large, then extra extra small, and extra extra large (we called that one Kenzilla),  and then tried new kinds of materials and different types of kendama, Hardwoods, Acrylic, even Aluminum, and five cup kendama, six whole kendama, and some so wacky they never made it past proto-types.  Not to suggest these were all our own ideas, there were probably about ten companies all doing the same kind of stuff, we “borrowed” their ideas, and they “borrowed” ours.  But we were all enjoying a booming kendama business.  In 2014 it peaked.  Holiday season is huge for online retailers, and in 2014 we had one of our best years ever with almost half of our online stores’ sales being kendama.

Then 2015 came around, and kendama sales started to slip.  When I say slip, I mean they fell off a cliff.  The stores that just few months earlier couldn’t get enough kendama stopped re-ordering, our store sales died, and the boxes of kendama we had in the warehouse started gathering dust.  Since we sold all major brands of kendama in our brick and mortar store as well as out online retail store (yoyosam.com), we knew it wasn’t just the Bahama Kendama brand, it was dead across the board.  2015 ended with kendama sales down two thirds over the previous year.  2016 was even worse.

In my years as a skill toy seller, I’d never seen a product get so hot and then die so quick.  Popular kendamas that were selling on Amazon for $20 in 2014 were now down to $8 bucks, and less, as desperate retailers were trying to move product.  I think it is important to note that I kept watching the kendama community during this time.  And it was not dead, there were still committed kendama players putting on events and posting videos.  But it wasn’t growing, and they weren’t buying new kendamas.  Some smaller kendama companies closed up shop, some of the larger companies dropped their kendama lines.  It looked like the end of the American kendama craze. And maybe it is.

But i wanted to end this commentary on what I think is an interesting note.  Kendama sales are up about 13% over 2016 so far this year.  Maybe this is just a death throe.  But maybe kendama is just starting to wake up from a very deep sleep.  Fingers crossed.