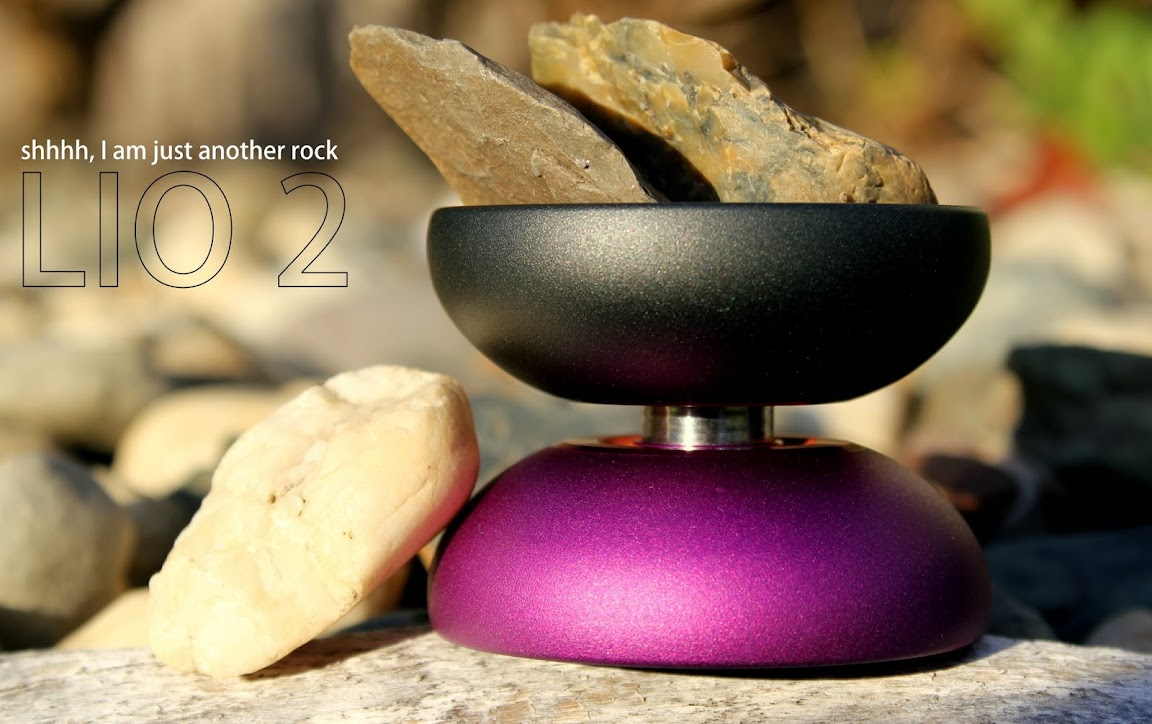 Like all yo-yo companies, ILYY takes their popular releases and tweaks the specs to modernize the design.  When I look at these new releases, I like to highlight the differences between the two models.  I loved the first Liopleurodon.  It was large and full bodied, and perfect for a mixture of play styles.  That being said, there were a few things I would change now in retrospect.  This won’t be as in depth as a full review since the differences between the 2009 model and the 2012 model are very few, but are very important.

What has changed from the previous model?  Mainly the weight.  The 2012 Lio is a gram and a half lighter.  It looks like ILYY pulled half a gram in the Inner Ring Groove area.  Around the bearing seat, ILYY made the smart move of masking off the bearing seat and response area.  This should dramatically decrease wear and tear on strings which should also help protect your yo-yo from becoming an unexpected flying projectile.

So what difference did the gram make?  In the original review, I said the Lio “has more of a Charging Elephant feel to it”. With a gram removed, the new Lio has a softer feel to it.  It has less of a “thunk” when it lands, and has more stability on regens.  Horizontal play feels more solid and ultimately, the Lio 2 takes the best of the 2009 release and refines it into a classic yet modern player.

I am all for the tweaking and primping of my older favorites.  I think that the performance delivered by the Lio 2 just goes to show how good the original was.  Literally, the only difference I could find is the weight change and the masking of the bearing seat and I have to say I am okay with that.  I loved the original Lio, and I love the re-release.

Written by Chris “Dr. Yo-Yo” Allen who once saw a unicorn, at the dentist, shortly prior to passing out during a root canal

'Doc's Re-review | The Liopleurodon 2012 by ILYY' has no comments