I already asked you for who YOUR picks were, but now it’s time to share mine.
As a collector of information and my obsessive compulsive need to report on just about anything yo-yo for You, dear readers, I find myself in a unique place of seeing and cataloging a lot of information. With 2010 coming to a close, and to continue with the annual tradition here at YoYoSkills.com, I present my personal picks for Best of the Year awards, 2010 in retrospect.

Hold on, let me get my flame retardant suit on because I am sure your lists will differ.

Why? – Two Words: Hyper YoYo.  The staggered marketing / product release power of the Bandai toys engine.  At the beginning  of the year they started recruiting players using the Japanese YoYo Association and before you could say Tipping Point, Bandai had a marketing plan in action pitting Yomega, YoYoFactory, and Duncan in “competition” with each other.  The campaign started a wildfire of yo-yo popularity and the surge spread to other countries in Asia and Europe.

Why?  YoYoFactory is like the Yankees of the yo-yo world.  Hans and Ben has made one thing very very clear, they like champions.  The YoYoFactory team is HUGE and encompasses champions from all over the world.  They tour countries setting world records and pushing the marketing of their product line.  Add Perfect Year holder Jensen Kimmitt and future World Champion Gentry Stein to this giant bucket of talent, and you have a winning team with a winning formula.  YoYoFactory came, saw, and conquered more contests than any other team this year.

Why? In terms of pushing the popularity of the sport, and sheer number of heavily desirable products, YoYoFactory led the market in 2010.    They went into the year strong and left the year strong.  They jump started a huge web presence, toured, and marketing their products very well.  There were some controversial moments along the way but through the end of it, YoYoFactory had the biggest market presence both in releases and marketing.

Who to watch for 2011 – Duncan.  Their new line is finally hitting Toys r Us shelves, and it looks to be the strongest line of the companies recent history.

New Manufacturer of the year – Vs Newton

In my post in late November asking who YOUR picks were, the voice for Vs Newton as New YoYo Manufacturer of the Year was the loudest.  I have to agree.  Vs Newton came out and hit the ground running.  There products show attention to detail and a passion for the industry.  Multiple releases, alot of attention, and a desire for charity, Heath has started his yo-yo company with a lot of passion.

CLOSE SECOND – Chico Yo-Yo Company.  I think CYYC would have taken this category if their products were more public.  They released 5 monster yo-yos this year, all extremely underrated. 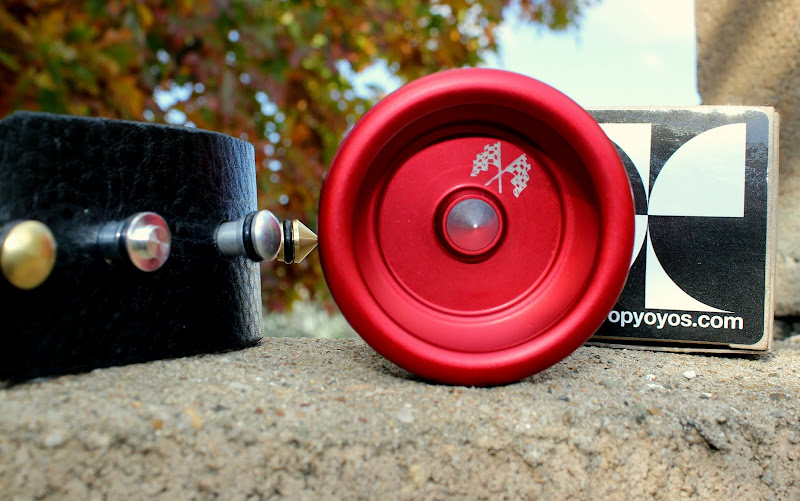 Their competition will never admit it out-loud, but Side Effects are poised to make a HUGE impact on how designers think about yoyos.

Video of the Year –

This one was very hard to determine. Last year I gave it to David Ung’s video The Future is Us because of the quality, views, and composition. If you go by Views, then my YoYoExperiments Giant YoYo video had the most views of any “non contest” video, followed by “My name is Spencer”, but I think there were many videos that were better made but just did not get the attention they deserved. I think I need to give this one to dot 70p – SANATORIUM video featuring Sleeperz ( Robert Kucera and Zdenek Hýbl ).

For sheer film making and composition.

Freestyle of the Year -Sebastian Brock owning NYYC 1a division

After years of striving and coming with in fractions of a point, Sebby finally nailed it with a perfect freestyle. This lead up to one of the coolest moments in 2010 as his name was announced as the first place winner. His reaction was Priceless.

Simple put, Jensen had a flawless contest year and this moment was the last piece of achievement. Every contest Jensen competed in this year he took first place.
Simply put, this was the perfect end to Jensen’s Perfect Year.

“Rookie” of the Year – Spencer Nelson

Rookie defines a young player under the age of 12 who has gained a sponsorship and started competing on in Contests.

Spencer is a shining star who wowed the world with his skill at the young age of 8 years old. At the age of 7, he competed in the California State contest, (among others), picked up a Chico Yo-Yo Company sponsorship, and a week after his 8th birthday his YoYoSkills Profile video went viral and captured teh attention of multiple media outlets and television shows.