Viper Neo XL Review and Photography by Josh Yee
I asked Josh to review the Neo Max since it is most definitely a yo-yo designed with 4a in mind.  His expertise in invaluable in all x-divisions 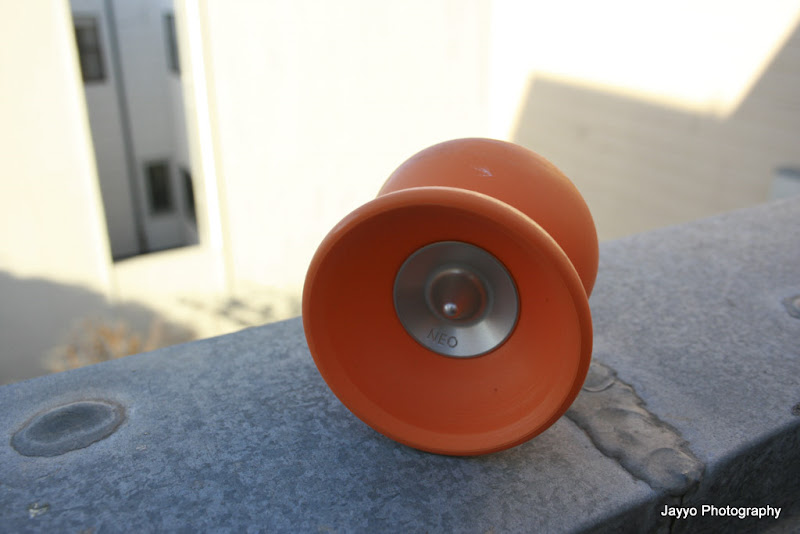 I grew up among many yoyos over the years, and I always recall seeing the original Henry’s Viper at a young age and thinking “wow, thats a cool yoyo.”
The original viper was a truly revolutionary yoyo as it was a great contributor to the development and progression of the 4A style of yoyoing.
As time went on, other yoyos were created specifically for 4A, and the original viper faded off as it became overshadowed by other yoyos made with more modern design and ideas in mind.
When I first saw the news about Henry’s coming back with new yoyos, I immediately became quite excited to throw their new stuff (especially the new 4A throws), And upon receiving the invite to do a review on the new Viper Neo XL, I accepted with great anticipation…

Upon taking the Neo XL out of its box, I noticed that it had some real weight to it, and I mean WEIGHT. It felt heavier then any other yoyo I have handled and I had not even thrown it yet, but I could tell, this thing was heavy! I noticed that the rubber of the XL was a bit different then the original rubber of the original viper. While the viper had a lighter, thinner, somewhat glossy rubber, the XL seems to have a much more dense and almost eraser like rubber.

The shape of the yoyo is interesting to me. There is a slight step up in the aluminum right before the metal meets the rubber. Somewhat reminds me of some of the turning point yoyo shapes. The rims are nicely rounded off thus creating a nice shape that fits in the hand nicely.  Opening up the XL, I notice a different sort of axle. It starts like a normal axle but then becomes a wide conical shape. Functions quite well, just a bit different looking.  [The Viper Neo max uses the same axle assembly and core as the Viper Neo.  The only difference tech wise is the larger rims which can be interchanged with the rest of the Viper line – Chris]

I threw the yoyo for the first time, and like I expected, the XL was heavy. VERY heavy. I felt like I was throwing a diabolo rather than a yoyo. It took some time to get used to this. The XL does not have the same amount of kickback as say a bigyo or loose Aquarius would have. Instead, is has a tendency to move in a forward direction when thrown, somewhat similar to a fiesta or a griffin wing. On the string, the yoyo spins very smooth and stable. It handled all of my railing tricks and combos very nicely. Regens however, are a different story. Due to the yoyos weight, it feels as if the XL is trying to pull your fingers out with each regeneration! At a point, doing regens started to become painful so I gave my fingers a rest and tested the XL’s bounce. The rubber of the XL is much more grippy then the plastic of the fiesta and bigyo, and even a bit more so then the griffin wing and aqua. Thus, on a drop, the yoyo will bounce but moving in a direction wanting to go behind you (or away from you in front if doing an overhand throw or regen).
One thing I found a but annoying was the fact that the yoyo would unscrew often after a drop. This can be fixed with some teflon tape around the axle however.
Open string catches such as Open string whip and Eiji regen catches were decent, the gap is just thin enough to allow them but its not quite as grippy as I would like it to be. For the sake of fun, I tried the yoyo for 1A, and despite its heaviness, its actually quite a fun yoyo to use for your 1A tricks. Smooth and flowy on the string, its actually quite nice.

I would have to say that I did enjoy throwing the XL, its just not a yoyo I would use in competition. In contest where you need to be fast and accurate as your freestyle, a heavy slow moving yoyo as the XL would not be a first choice for me. Its ability to handle railing tricks is a joy, but its weight causing finger pain during regens is a big minus. Overall, its a decent yoyo and Henry’s is definitely stepping their game up in modern yoyo design which is great to see. Eager to see what the company has in store!